The Middle East is growing rapidly based on its abundant natural resources. In this region, a great number of large-scale plant construction are underway for oil refineries and nuclear power plants. As a global logistics company, CJ Logistics joined the plant construction EPC (Engineering, Procurement, and Construction) market in the United Arab Emirates (UAE) and took charge in a very important task: transporting construction materials. Here are examples of various super-heavy cargo transportation projects of CJ Logistics' UAE subsidiary, which is raising awareness of the power of “K-Logistics” across the vibrant construction sites in the Middle East. 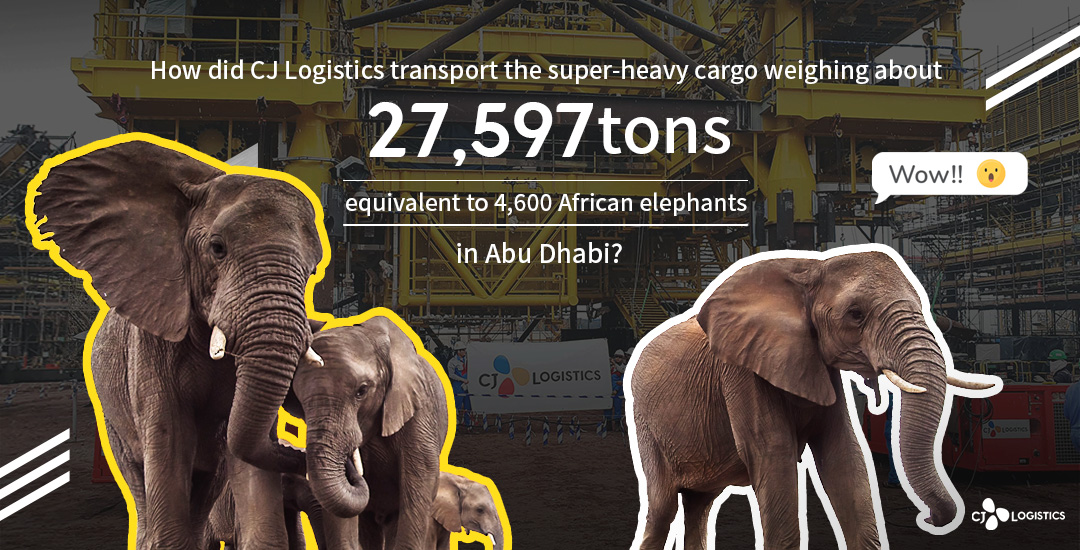 Established in 2013, CJ Logistics UAE is currently operating two subsidiaries (Dubai and Abu Dhabi) and one branch (Kuwait). After acquiring IBRAKOM in 2017, a project logistics company (renamed CJ ICM Logistics), it has served as a logistics control tower in the Middle East, Africa, and the Commonwealth of Independent States (CIS).

After signing a contract with NPCC (National Petroleum Construction Company) in November, the company is carrying out an ultra-heavy cargo transportation project in the module processing plant. To shorten the construction period for a large plant weighing hundreds of thousands of tons, CJ Logistics UAE divides plant materials into several modules like Lego blocks, assembles them at a module processing plant near the construction site, and then transports them to the construction site. So far, it completed the transportation of 66 materials weighing about 27,597 tons, of similar weight as 4,600 African elephants. 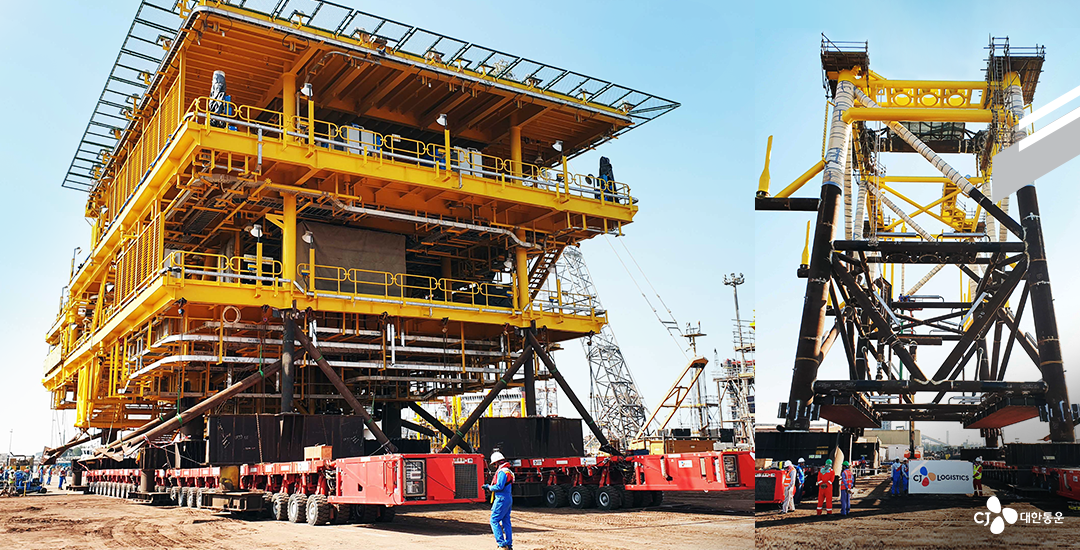 To safely transport the super heavy materials equivalent to the size of a building from the module processing plant to the barge, more than 60 axles of self-propelled module transporter (SPMT) were mobilized. SPMT is equipped with 4 tires per axle and can support the weight of 30 to 40 tons, so it is possible to balance the weight of super heavy objects exceeding 1,000 tons per piece. The materials were safely loaded while minimizing vibration during the transportation process. This project has become an opportunity for CJ Logistics to showcase its unique know-how in project logistics, engineering capabilities, and outstanding technical manpower.

In addition, CJ Logistics is strengthening its presence in the UAE by completing various super-heavy cargo transportation projects. After signing a logistics contract in 2011 for the UAE Barakah nuclear power plant project with KEPCO, it has been overseeing the entire logistics process, and is also carrying out a number of heavy transportation projects, which include the Mirfa desalination plant project and the Ruwais refinery project. Not only in the Middle East, but it is also building its presence in Central Asia on the basis of its strong collaboration with CJ ICM, a global family company.

For instance, it successfully completed the Karbala Project in 2019, the largest super heavy cargo transport project back then in Iraq. It was a large-scale project that involved road improvement work, including the construction of 16 bypass roads and bridges to transport LPG storage tanks that weigh up to 720 tons per unit to the refinery in Karbala. Meanwhile, in Turkey, the company safely relocated 23 units of ancient structures at risk of submersion by carrying out the “Hasankeyf Project” for 3 years. CJ Logistics set an example of relocating the pieces “without disassembling” to minimize damage to the historical heritage by utilizing ultra-low speed motion techniques and more than 88 axles of SPMT. 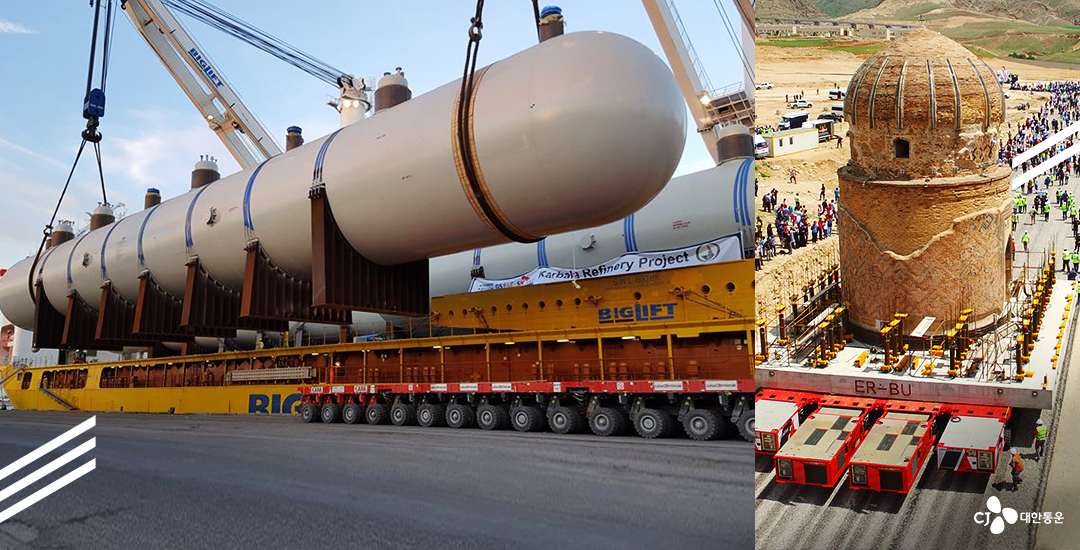 CJ Logistics is building a global network covering not only in the Middle East and Central Asia but also overseas bases in each country. It plans to further develop the project logistics industry on the basis of the successful cases it has amassed in many countries around the world as well as its capabilities of operating equipment and technology including SPMT. Please be sure to watch for the exciting new wave of “K-Logistics” that will spread all over the world with CJ Logistics as the lead. 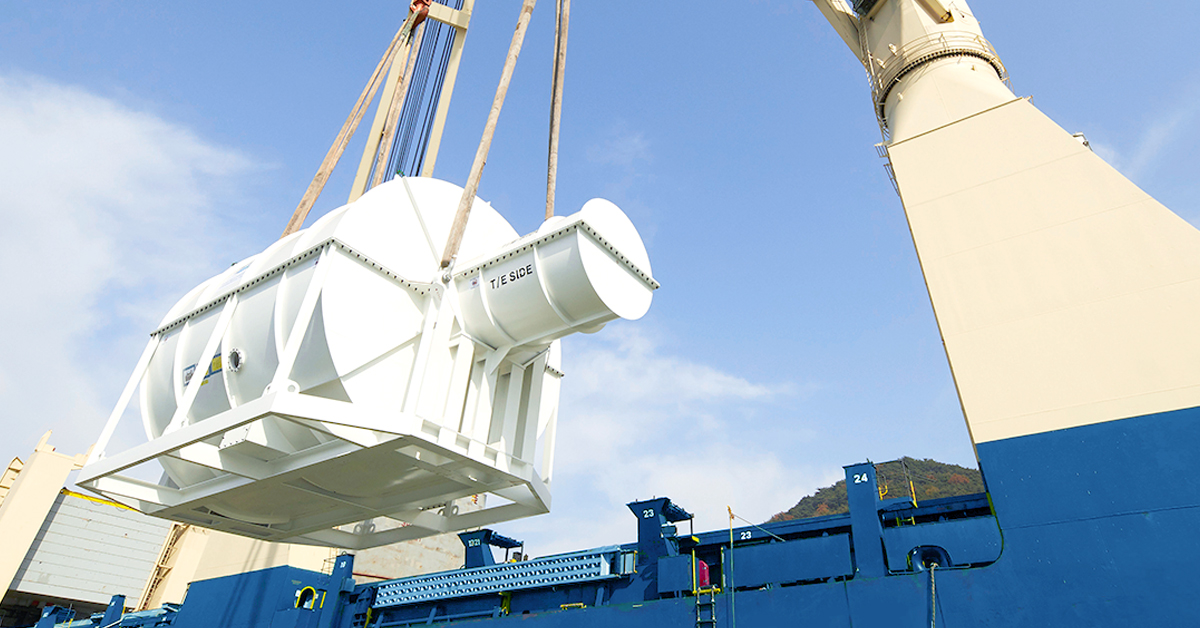 Settings for optimization in printing

* Internet Explorer should be set as below in [Print Preview].

1. Required items
- Please check that you can print the background graphics and images in [Seinttings]